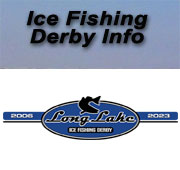 Mr. Andre Gendreau is the superintendent of the St Agatha Sewer Dept, and has been in this position since fall of 2004. His duties include the operations & maintenance of all facilities and pump-stations.

The St. Agatha Sewer System was created in 1967 as a separate entity known as the St. Agatha Sanitary District. Over the years several expansions have been made expanding the coverage area of the sewer service. In 2013, the St Agatha sewer system was reconfigured to no longer be a licensed treatment facility, as now sends its’ pretreated waste-water to Frenchville for final treatment. The new sewage pumping and pretreatment system removes larger particles though a “grit removal” rotary screen system, has the ability to aerate with variable speed drive blowers systems, and can also add sanitizers through an automated dosing system. The system has large waste storage capacity, which requires the periodic removal of accumulated sludge as necessary. Pretreated waste-water is directed to the Frenchville Treatment System via a 4 mile forced main line. There are currently 384 users and the operating budget for the Department is about $170,000 which is completely funded through dues. The 2015-2016 sewer dues are $450.00 per user, per year.